GSA recognizes semiconductor companies that have demonstrated excellence through their success, vision, strategy and future opportunities in the industry at its annual Awards Dinner Celebration. It is an honor to be selected as a nominee and an even more distinguished achievement to win a GSA Award. Katie Linendoll is an Emmy Award-winning TV personality, writer, consumer technology expert, and one of the leading women in the field of technology.

A tech contributor on the TODAY Show, you can also find Katie as a regular consumer tech expert on Rachael Ray, The Weather Channel, CBS Sports Radio. Further, she has contributed hundreds of pieces and TV segments for top outlets including but not limited to: Popular Science, Wall Street Journal, Sports Illustrated, Marie Claire, and ESPN to name a few. Katie also runs a full production company and is an in demand keynote speaker who focuses on innovations in technology.

Katie earned a degree in Information Technology New Media from the Rochester Institute of Technology.

The Dr. Morris Chang Exemplary Leadership Award recognizes individuals, such as its namesake, Dr. Morris Chang, for their exceptional contributions to drive the development, innovation, growth and long-term opportunities for the semiconductor industry.

We are excited to announce that the recipient of the 2019 Dr. Morris Chang Exemplary Leadership Award will be presented to James (Jim) C. Morgan, Chairman Emeritus of Applied Materials, Inc. 2019 Recipient
James C. Morgan
Jim Morgan is chairman emeritus of Applied Materials – the leader in technology used to produce virtually every new chip and advanced display in the world. Jim ran Applied for nearly three decades— one of the longest tenures of a Fortune 500 CEO. He served as CEO from 1977 to 2003 and chairman of the board from 1987 to 2009, growing Applied from under $20 million to over $9 billion in revenue.

Among his many honors, Jim is a recipient of the National Medal of Technology awarded by the President of the United States for making lasting contributions to America’s competitiveness and standard of living. He received the IEEE Robert N. Noyce MedaI and the Semiconductor Industry Association’s Noyce Award.

Jim advised three U.S. Presidents on matters of trade and competitiveness, serving on the National Advisory Committee on Semiconductors for President George H. W. Bush and the Commission on U.S.-Pacific Trade and Investment Policy for President Clinton. He was vice chairman of the President’s Export Council under President George W. Bush.

Recognized as a global humanitarian, he has provided leadership to the Nature Conservancy, the Tech Museum, the Center for Science, Technology, and Society, and other organizations. Co-founders of the Northern Sierra Partnership, Jim and his wife Becky have led the way to conserve bio-diverse land in California’s Sierra Nevada Mountains, and advance educational and environmental causes through the Morgan Family Foundation.

Jim is the author of the management memoir, “Applied Wisdom,” and “Applied Wisdom for Nonprofits,” as well as co-author of “Cracking the Japanese Market: Strategies for Success in the New Global Economy”. He earned a B.S.M.E. and an M.B.A. from Cornell University.

The Rising Women of Influence Award recognizes and profiles the next generation of women leaders in the semiconductor industry. Companies are encouraged to identify women within their organization that they believe are one of their key corporate executives over the next three or four years. Nominations will be reviewed by an all-female executive committee that will select the top four candidates for recognition at the GSA Annual awards Dinner. There, a winning recipient will be announced and presented with the Rising Women of Influence Award.

We are excited to announce that the nominees for the Rising Women of Influence Award. 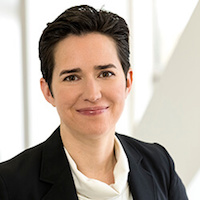 Amber Huffman is a distinguished Fellow and Chief Technologist for Datacenter IP in the Silicon Engineering Group at Intel Corporation. She currently leads the definition of industry leading IP building blocks for Intel’s Datacenter products (which are responsible for $25B of Intel’s yearly revenue).

She is a respected authority on storage, memory and IO architecture, and led Intel and the storage industry toward the definition and adoption of fast, streamlined, highly power-managed and low-latency storage interfaces. She defined, created and drove the NVMe storage standard. This included forming and chairing the NVM Express (NVMe) Workgroup, a consortium of companies that defined a standardized interface for PCI Express-based solid-state drives. She continues to chair the board of directors for the NVMe Workgroup and the Open NAND Flash Interface (ONFI) Workgroup. 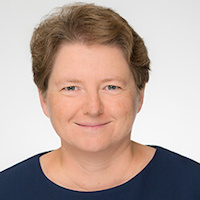 Marta Karczewicz holds over 300 granted US and over 100 granted European patents on video compression. She was one of three recipients of the Qualcomm IP excellence Award 2012, a prize recognizing the company’s most distinguished inventors. This year, Dr. Karczewicz was nominated as one of three finalists for the 2019 European Inventor Award in the prestigious “Lifetime Achievement” category thanks to her decades-long work on video compression technologies.

She is an author of 16 journal papers and over 40 conference papers including 5 invited papers to special issues of the IEEE Transactions on Circuits and Systems for Video Technology on AVC, HEVC and VVC, and she received EURASIP’s best paper award in the Image Communication category in 1997.

Dr. Karczewicz received her M.Sc. and Ph.D. (with honors) degrees from the Tampere University of Technology, Finland, in 1994 and 1997, respectively. From 1996 to 2006, she was with Nokia where she managed the “Visual Technologies” Competence Area, and in 2004 she became the head of the Nokia Research Center in Dallas, Texas. In 2006 she joined Qualcomm, where she is currently a Vice President, Technology, in the Multimedia R&D group. Since 1998, she has been active participant in H.264/AVC, HEVC and VVC video codecs development within MPEG and ITU-T standardization forums. While in Qualcomm she has also contributed to projects related to software and hardware video encoder implementation, virtual reality, and Universal Bandwidth compression. 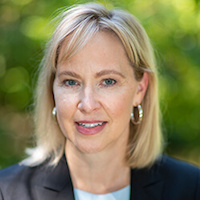 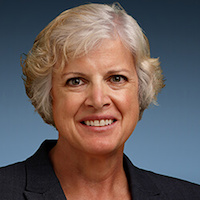 The industry’s Most Respected Private Semiconductor Company award is designed to identify the private company garnering the most respect from the industry in terms of its products, vision and future opportunity. GSA’s Private Awards Committee reviews all private semiconductor companies, conducts analysis of each company’s performance and likelihood of long-term success, and provides a list of respectable private companies to be voted on by GSA membership. On-line voting takes place to allow GSA members, including semiconductor companies and partners, to cast a ballot for the private semiconductor company they most respect. The selected companies are based on the Committee’s Criteria.

The industry’s Most Respected Public Semiconductor Company Awards are designed to identify the public companies garnering the most respect from the industry in terms of its products, vision and future opportunities. GSA reviews the criteria below for all publicly traded semiconductor companies for two 12 month periods using quarters Q3, Q4, Q1, and Q2. All companies that meet these criteria are segmented into four separate revenue groups and each GSA member company votes for a single winner of the Most Respected Public Semiconductor Company for each group.

The Best Financially Managed Semiconductor Company Award is derived based on a broad evaluation of the financial health and performance of public semiconductor companies. Numerous financial metrics as well as their respective rates of change or year-over-year improvement are analyzed. These financial metrics transverse various categories including but not limited to growth rates, margins, cash flow, profitability ratios, efficiency ratios and return on capital. All companies are ranked on each metric as well as its rate of change, and then the overall performance is compared to the peer universe to determine the winner.
This award has two categories:

Please email events@gsaglobal.org for updates and changes to your current registration, or new reservations.

To help make your experience as convenient as possible, GSA has arranged a special room rate at the Avatar Hotel for attendees of the 2019 GSA Awards Dinner Celebration. Please contact the Awards Registration Team at any time if you have questions about travel arrangements. GSA’s preferred hotel for the 2019 Awards Dinner Celebration is the Avatar Hotel.

You can reserve a room online or call (800) 233-1234. Please specify the group code “G-GSA1” under the group name of Global Semiconductor Alliance when requesting a reservation.

For more specific details about room reservations and rates at the Avatar Hotel, please visit our FAQ page.

Before contacting GSA, please check out FAQ PAGE to see if your question is already answered Start Up to Watch Award Sponsor